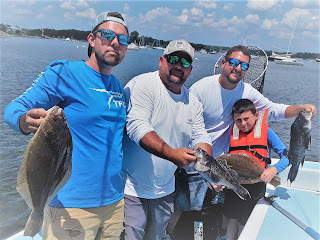 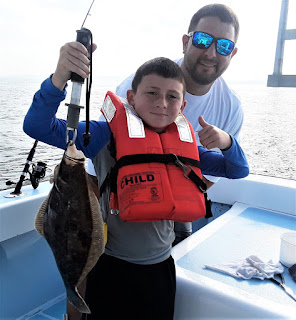 
On August 8 the Atlantic States Marine Fisheries Commission (ASMFC), which regulates striped bass coastwide in state waters, will be discussing striped bass and options on how to rebuild the species as they are presently overfished and overfishing is occurring.  This in part means that based on the best available science, the Spawning Stock Biomass (SSB) of striped bass is too small to sustain the fishery.  If we continue to take fish, at the rate we are taking them, the science says the stock is and will continue to crash.


We need to rebuild striped bass now.  In your note to commissions simply relate we need to return striped bass fishing mortality to the target in the current management plan (known as Amendment 6) and that it needs to be done by 2020.


Ask commissioners to oppose the motion to begin a new amendment to the management plan, which could result in new goals and objectives that reduce striped bass abundance and harm the long-term health of the spawning stock.

Fishing when the water gets hot


It’s not even mid-summer and the water is very warm. The water in Buzzards Bay Wednesday was 73 degrees, warmer than the usual average of 68 degrees. And, Narragansett Bay was 75 degrees this week, even hotter in low water coves and sanctuaries.


When water gets hot and things are compounded by poor flushing of our north facing coves, the oxygen levels drop and fishing in some areas can be challenging.


Bait fish leave the area and the fish we like to catch (and eat) often leave for cooler, deeper water that is better oxygenated.  Fish such as black sea bass, scup, summer founder, even bluefish and striped bass may be harder to find in Bay.


So, how do you catch fish when it seems like there are no fish to be found? As a charter captain I have often had to find fish for customers, family and friends even though the water was warm.  Here are some tips I remind myself of when wanting to catch fish when the water warms up.


Fish where the fish are


The key to fishing warm water in summer is water movement.  Fish areas that get flushed often and have structure or edges where water movement is brisk and often deep.  This includes structure such as channel pads, under or near bridges, rock clusters, jetties, outcrops, points or peninsulas on land and wrecks.


For example the Cape Cod Canal gets flushed with each tide.  Fishing is usually pretty good there this time of year.  And, the shipping channel in the East Passage of Narragansett Bay, from the southern tip of Prudence Island to Providence, serves as a "fish highway" flushing that side of the Bay bringing bait and fish into the Bay.  Places such as Warwick Neck; Providence Point, Sandy Point and the T-Wharf on Prudence Island; Poppasquash Point, Bristol; and Sally’s Rock, Greenwich Cove; as well as Quonset Point, North Kingstown all serve as natural structure that can whip water around them along with bait fish and the fish we like to catch.


And, the Jamestown and Newport Bridges in Rhode Island serve as manmade fish magnets, funneling water, bait and fish. So when the water is warm you have to take advantage of structure and fish where the fish are.


This holds true for freshwater fishing too.  Fish deeper water, areas that are shaded and areas that have some water movement when the water gets hot.


Freshwater.  Lorraine Danti of Lucky Bait & Tackle, Warren said, “Anglers are doing better in deep water ponds as the water temperature is rising in smaller ponds creating algae bloom and poor water quality.  Stafford Pond in Tiverton is producing bass for customers.” Stafford Pond is relatively deep with a maximum depth of about 22 feet. Ken Ferrara of Ray’s Bait & Tackle, Warwick said, “Shiners are a problem.  We have only been getting half of what we order, but customers that are fishing are doing well.  Fishing in Gorton Pond, Warwick has been good, producing a seven and a six pound bass for customers last week.  Many are fishing from the dock with shiners when they can get them or floating night crawlers to hook up with bass.”


Striped bass fishing remains strong at Block Island. “We weighted in three 50 pound fish from Block Island last week.  The bite is very strong there.  However, anglers have been hooking up off Gooseberry Island too.” said Lorrain Danti of Lucky Bait & Tackle.  Capt. Frank Blount of the Frances Fleet said, “Night bass fishing has been very good at Block Island. Last Wednesday did have the best tides and we had a full boat limit by 10 p.m. We have been seeing more shorts around this year than ever before. We are catching 2-3 shorts per keeper.”  Fishing in the Brenton Reef and Seal Rock areas off Newport is producing bass for anglers, however, they are mostly school bass with some keepers mixed in.  Expert Cape Cod Canal fishermen East End Eddie Doherty of Mattapoisett said, “The bluefish have invaded the Canal this week.  Have lost a lot of soft plastic baits to them, however, this weekend an 18 and a 25 pound striped bass were caught. So the bass bite has slowed but not stopped.”


Fluke, scup and black sea bass. This week we did fairly well off Newport Brenton Reef fishing for fluke and black sea bass.  The keepers were smaller fish, many just the minimum size of 19”, but the bite was good.  The largest black sea bass caught there was about 21”.  Ken Ferrara of Ray’s Bait said, “Areas south of the Jamestown Bridge are producing. We had a customer land a 27” fluke.  Areas around Dutch Island, Austin Hollow and off Beavertail are all producing keeper fluke and sea bass for customers.”  Capt. Frank Blount of the Frances Fleet said, “The days where we get a little bit of breeze the fish are really coming over the rails. Biggest fluke last week was just shy of 10 pounds.” Lorrain Danti said, “The scup bite has been very good off the back side of Colt State Park.  And, customers are catching fluke and nice balck sea bass off Newport.”

Posted by Captain Dave Monti at 10:01 AM

Labels: fishing when the water gets hot, striped bass in jeopardy, write your commissioners